When Frankenstein Came To Town 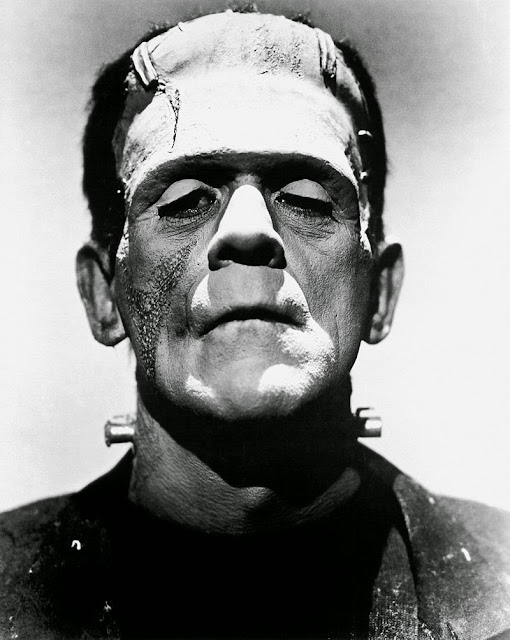 Support the podcast and page for as little as $1 a month: https://www.patreon.com/bairdo
Join the Canadian history chat on Discord: https://discord.gg/zVFe36E
Subscribe on iTunes to the podcast (many bonus features) right here

Prince Albert has had its share of unique residents, as most towns can relate to, but few towns can boast that for a time, Frankenstein himself lived in their confines. Thanks to a stay in Prince Albert by Boris Karloff, who would go on to gain fame as Frankenstein, as well as the voice of the Grinch in How The Grinch Stole Christmas, the can add itself to that lucky group of cities.

While he was born William Pratt, it was in Canada, where he had moved for employment at the age of 18, that he officially changed his name to Boris Karloff. During his time in Canada, Karloff toured with stage shows throughout the country.
Going back to how he came to Prince Albert, Karloff had recently been married in Vancouver, and he happened to see an advertisement in the paper for performers with the Jeanne Russell Players. He applied under the name of Boris Karloff because he liked how it sounded. Two months later, he joined the company for Six Pounds per week, starting his acting career in Kamloops of all places. The company regularly played in Edmonton at the Dominion Theatre, which they did after their Kamloops show. For Karloff, who had no acting experience, he spent most of his time watching the plays.
He would finally get his first chance to act in The Devil, bumping his pay up to $30 per week. Unfortunately, his lack of experience showed and by the end of the show he was back down to $15 per week.
In mid-April of 1912, the troupe arrived in Saskatoon, staying until mid-May. During this time, Karloff spent his time honing his acting ability and helping out any way that he could with the company. Funds were hard to come by for the touring group at this time, and following the tornado that decimated Regina in May of that year, the troupe disbanded, leaving Karloff with no prospect of further stage work.
With no work, Karloff took work with the Dominion Express Company, a haulage company owned by Canadian Pacific. In Regina, he was sent to get crates of goods from the railway station. As he crossed the track, someone threw a theatrical journal from a train window. Karloff picked it up and saw that the Harry St. Clair Players, a repertory company in Prince Albert, needed a leading man. Karloff sent off an application letter and a few days later received a reply asking him to join them in Prince Albert.
For the next year, he would tour with the group, improving his acting ability and saving up money. He left the group in 1914 to try to make the big time in Chicago but no one wanted him. After he was rejected by the British Army to serve in the War because of his heart murmur, he decided to “go back where I was appreciated”, and once again he would perform with St. Clair in Prince Albert for another year, before leaving in 1916.
He eventually made it to Los Angeles in 1919, and gained employment in silent films. In 1931, he played Frankenstein and became one of the most famous actors in the world.
None of that would have happened though, if he had not spent two years honing his acting ability in Prince Albert.

FacebookTwitterRedditEmail
Liked it? Take a second to support CraigBaird on Patreon!

More from this show

The Trans-Canada Pipeline was not only an engineering feat that would change the economies of Alberta and Saskatchewan, but it would also...

In terms of great prime ministers, there are those who made their mark, those who didn’t and those who could have if circumstances were...

The Wreck Of The Steamship Lily

When you think about shipwrecks, chances are you don’t think about Medicine Hat, or Alberta at all really. Well, the truth is that Alberta...

Many important historical figures have come from the area in and around Cardston. One of the most important, and well-known, was Senator...

Father Lacombe: The Peacemaker of Alberta

One of the most influential individuals in the early history of Alberta and the prairies was a man by the name of Albert Lacombe. From his...

Despite Eastern Protest, The Railway Arrives In Wetaskiwin

It had taken some time but by 1890, the Calgary and Edmonton Railway Company was incorporated and ready to begin laying down track between...